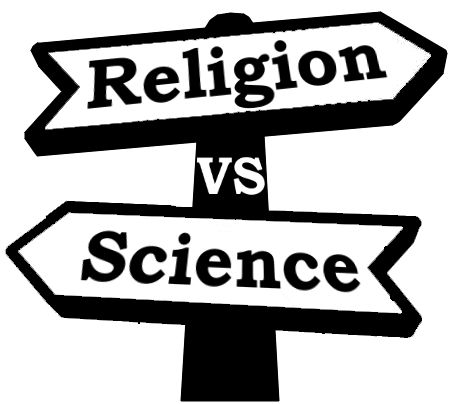 Recently, I’ve been talking a great deal about my faith to a variety of people. The debates seem to be endless but I’m enjoying every bit of it. I enjoy hearing the opinion of others and I definitely enjoy sharing mine.

This morning, as I read through the comments of a Huffington Post article, concerning a Pastor who no longer believes in the existence of a God, I caught myself very intrigued with the thoughts and ideas of atheists and Christians alike. I mean, it was like a war zone – but nonetheless, I was still intrigued. After reading it all, I came to a conclusion concerning Science, Life & Religion – the main themes during the debates on above mentioned post.

What is life all about? What is our purpose on earth? When it comes to these questions, science does not explain it all and neither does religion. God is bigger than science because within Him science came about (at least that is my opinion). Critical Thinking is definitely not the kryptonite of faith or belief, because no amount of human thoughts, ideas, or “critical thoughts” can comprehend the fullness of God. Faith or belief gives us the unlimited opportunity to first of all, view God as a supreme being bigger than life itself. It also gives you the opportunity to hope and believe in things which eventually defies logic – because where logic says “this and that is impossible”, faith says “ALL THINGS are possible. This is why the Apostle Paul in the Bible defined faith as “the substance of things hoped for, the evidence of things not seen”. Science is defined as: the intellectual and practical activity encompassing the systematic study of the structure and behavior of the physical and natural world through observation and experiment. So while science mainly deals with the natural and physical, which is what we can see, feel, smell and touch, it does not deal with what we can’t see. It does not deal with the spiritual. For example: when someone dies, science explains it as the person simply has no life in them but science does not explain what happened to spirit of the individual which was housed in the body of the individual as life. Science does not explain where their spirit or “life” went. Did it just escape from the body into space? Science can’t answer that. Faith and belief on the other hand is not only restricted to the spiritual, but the physical. History records show the existence of Jesus and also the existence of the empty tomb. There is evidence that He existed, there is evidence that He was crucified and the empty tomb signifies that His body is no where to be found but He has risen.

When it comes to Science and Religion, incorporated with critical thinking, I do not only result to FAITH, but God, who is the author and finisher of my faith. For example, I have seen miracles happen in the lives of people where by critical thoughts and the greatest educated minds could not explain what happened, neither did science. The dictionary defines miracle as: an event not explicable by natural or scientific laws; an extraordinary event manifesting divine intervention in human affairs; an extremely outstanding or unusual event, thing, or accomplishment. Miracles happen everyday and they in fact defy reasoning or logic.

As a man of faith, I’m astonished by what God does in my life and in the lives of others – my faith tells me that there has to be a Supreme Being who is in charge of the Universe – but my faith can’t fully explain it all, but rather, fully accept it; because as human as I am, I’m limited but God is not. Who said there is no evidence to miracles? Evidence is simply defined as: something which shows that something else exists or is true. So if you are blind and someone prays for you and you miraculously see, the evidence is that “you were blind, but now see”. If doctors give a cancer patient 2 weeks to survive based on the behavior of the cancer cells, extensive research and evidence of their studies, and that particular patient happens to survive weeks, months or years past the given time, then that is a miracle. Even doctors will not deny the evidence of that miracle. They simply won’t be able to explain it. There is evidence in miracles – just that the evidence we see/hear as a result of miracles often leaves us speechless because it does defy logic.

The day the human mind can fully explain life as a whole is the day I will believe there is no God. The day the human mind can explain miracles is the day I will stop believing in God – this will never happen because there are certain things concerning life which we can’t simply explain. This is to tell us that we are not bigger than life, but rather, life is bigger than us. Anything we have created as humans, we seem to have some level of control and power over it – we seem to bigger than our own creations and understand the complexities of our own creations, but when it comes to life, God is the creator hence, we can only understand certain aspects of it but we can never fully understand it all! This is why some continue to look for answers to life and choose not believe, and others like myself choose to seek for answers from the creator Himself through building a relationship with Him not through his handy works, but through Him – Jesus Christ.

God is simply bigger than Science, Life, & Religion. He is the essence of the LIFE. You may ask, “what about death”. Death does not negate the existence of God, because we know of only one man in History who conquered death. Upon Him conquering death, death became part of life, that dying on earth had no power over eternal life. The sting of death was removed through Christ. He is the essence of life and the conqueror of death, hence, He is giver of everlasting life. This is why there is absolutely nothing you can do to gain eternal life, but to simply place your life in Him through belief. You don’t just believe in Christ, you live your life through Him.

I’m not completely debunking Science. Science actually helps us understand some aspects of life, but it does not tell the whole story. In my opinion, science allows me to admire the beauty of God.

My post is not to spark an argument, but debates are more than welcome. It’s also not to force anyone to believe in the God I believe in, but just to let everyone know that life does not revolve around us, but around something or someone much bigger than us. At times, we simply do not comprehend why people act a certain way or do certain things, how much more are we supposed to comprehend the fullness of God, who in my opinion is the Alpha and the Omega, the I AM that I AM, the God who created the world, the God who can heal the disease a doctor can’t, the God who can raise the dead, and finally the God who can come down from His throne to die a shameful death on the cross just for the eternal salvation of His people. Just because certain things don’t make sense to us simply doesn’t negate the existence of God.

Top Rated Posts On This Blog

Calendar of my site’s Posts