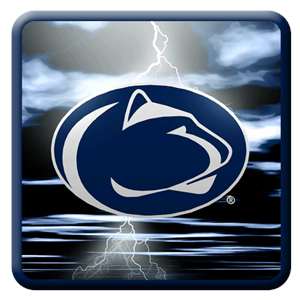 I am a big Penn State fan. I chose to go to Penn State because of the pretige, the honor, the respect, grace, and the image of the school. Penn State is without a doubt one of the best schools in the world. I mean, the culture there is beautiful. The culture at PSU is unique. The school is filled with intelligent students from different ethnic backgrounds and race. When you step on a Penn State campus, you feel the energy. The energy of young kids who aspire to be great and who aspire to gain knowledge and change the world. Yes, it has been voted the #1 Party school a couple of time (the students know how to party) but who doesn’t want to have a good time after a hard day’s work? Penn State has rich traditions like White Out during a big Penn State football game, State Patty’s day, etc. When you talk about “work hard, play harder”, Penn State students understand that concept very well. Not to toot our own horns, but we are very well balanced. All this…. all of the greatness was placed on hold over the weekend.

As I watched the news, I was heart broken. I was sad. This is my Alma Mater on T.V! Not for a good thing, but for a bad thing. “Penn Sate is known for great things and not bad” – I thought to myself. It took years to build that positive image at Penn State, but it took one man to destroy it in a minute. Now, Sandusky is pathetic. I mean the issue at hand is sick. What he did should not be tolerated by society or any human being. This man deserves to be in jail. Now, why did Penn State cover this up? How did they do that?

Why Penn State Covered up the scandal

The Penn State reputation was covered up because of reputation. Penn State was caught in the lime light. Penn State students, administrators, alums, football team, coaches and etc. spent years to build this great reputation. The repuation was great and it respected in nations. Some Penn State administrators knew about what Sandusky did, but they were more concerned about tarnishing the reputation of Penn State as whole, rather than adhere to absolute value and or morals. The Athletic Director was informed and the President knew. How come no one reported this evil act. Penn State knew its repuation would have gone down, but Penn State forgot that we are all not perfect, and somethings things happen where we need to stand up for what is right, do what is right for society as a whole. Penn State is part of the society of the human race, but chose not to adhere to scocietal moral conduct and values. Some administrators at Penn State should be held accountable for this because raping kids is wrong and should not be defended for the sakeof repuation. The Athletic Director and or the President of the school should have informed authorities. This would have tarnisehd the image of PSU for a while, but the reputation would have been rebuilt in a few years, because the secret is, the reputation is based on the approval of the people. The people would have respected Penn State a lot more for stepping up and defending these kids who were ill treated.

These administrators forgot one thing “You can’t hide anything another the sun and the truth will always set you free”.

What should be done

Some people are saying Joe Paterno should be fired. I will disagree. The man did build the football program on integrity. He has done so much for the shcool than you can imagine. He is a devoted man who loves the school, the students and everything about Happy Valley. He is an honorable man in my eyes. He is a great. Yes, he did his job. He reported it to the AD. We do not know whether Paterno followed up on the case or not. Some people are upset that Paterno did not do a lot more, but let us be fair here. Let the legal process take its course. Paterno in my opinion did what any other person will do: report to higher authorities. In his staement today, Paterno admits that maybe he should have done more – I think he is deeply sorry for not acting a lot more on the issue that is why is is retiring. Paterno should have pressured the administrators to do more. He did his part, but he should have encouraged others to do their part as well. Legally, he is in the clear. Morally, it is wrong. Let us be real.

These people should be fired. They are the leaders of the Penn State community  but they refused to report this to the police when it was brought to their attention. It is their responsibilities to help drive success and a safe environment for Penn State. They failed and they should be let go.

Need I say more? This man should go to jail.

I love my school to death. I still bleed blue and white and I will continue to do so. I will support the school and represent the school in all things. I am loyal to my Alma Mater. It took years and years to build the great Penn State reputation. It has been tarnished within minutes by one man.  Let us admit the truth, deal with it, and let this unplanned change occur at the great Happy Valley. It will be up to the new administration, students and families to bring back the Penn State we all know. It will be up to the alums like myself to transform the world around us to help restore the reputation of Penn State. Penn State as a whole has been affected one way or the other. But we are talking about Penn State. A school with great reputation built on morals and values. Yes, “one nut destroys the soup”, but let us make anohter soup. No one is perfect and Sandusky was far from perfect. His actions were uncalled for and the actions of some administrators have affected the school, but let us build together. It is not going to be easy PSU alums, students, admins, and future students, and fans. It will not be easy. It will be tough and it will be a constant struggle, but we should not be defeated by Sandusky and his sick fantasies. We should not allowed to be defeated.

I will continue to represent Penn State, love Penn state and cheer for Penn State. A scandal by one man should not definie and destroy what Penn State is all about. We we be attacked by the media, but we should all be calm and remain as one. We will not be divided. I AM PENN STATE, but it better if WE ARE…PENN STATE!

Top Rated Posts On This Blog

Calendar of my site’s Posts